The Moto X Android 4.4 KitKat update has become available sooner than most expected. Unlike the AT&T’s test related to the software, T-Mobile managed to roll out the software to its Moto X users. As normal, it will be offered over-the-air, in phases, and it might take a while until it reaches certain people. However, new features on KitKat include enhancements related to the camera app, another design aspects, enhanced performance, and stronger security.

In order to take things at a time, I will begin with the camera feature since it received the major changes. Camera on the Moto X is not as special as some users want, but it has its own features, which will definitely gather some attention. At first, it opens quite fast, and with the new enhanced “touch to focus” mode that arrived along with the Android update, it takes pictures a little bit better than it did before. Now, with the new feature, things seem to focus on the center of the viewfinder no matter where you try to move it. 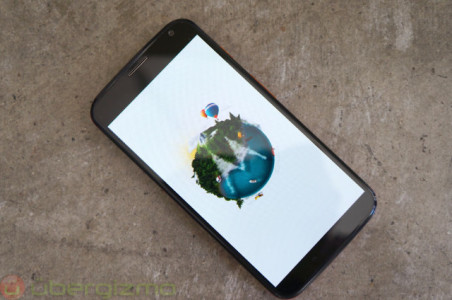 As some of you might now, focus and exposure are the most important things we need out of a small camera. Balance and color correction are also important, but they did not receive any other enhancement. The Android 4.4 update for Moto X is a huge boost to the camera, and it transforms this average shooter into something more reliable and performant.

Related to other features that the device has received along with the KitKat update, now, Moto X has an improved closed captioning support, stronger security due to some password-protection features, improved phone app having the ability to look up contacts directly from the dial pad. In the same time, the handset received multiple enhancements such as restyled status, a new full-screen mode, and navigation bar for a fresh yet interesting overall design.

Before releasing the update, Motorola sent out emails to AT&T Moto X owners that are part of the Motorola Feedback Network that contained invites for them in order to take part of the software test earlier this week. In the same time, Verizon offered the same test and Motorola confirmed that it would roll out the software at the Moto G event.