LG G Flex is Available for Purchase Online from AT&T

A few days ago we have seen that both the AT&T and Sprint versions of LG G Flex have become available for pre-order, but now things are even better. The smartphone that we are talking about is finally available for purchase online from AT&T, with the promise that all orders placed here will immediately reach to their buyers in the next day. We still have no clue regarding when the G Flex will be released to AT&T’s local stores too, but it is probably just a matter of time until we’ll see that coming. So, for the moment, let’s enjoy what we have and find out more details:

As you now, LG G Flex is the first curved-screen smartphone to hit the U.S. market, just as Samsung has been offering its curved Galaxy Round handset in Korea since last year. We have to admit that we have here a 6-inch handset that might be too big for some users, but once having it in your hands you’ll be surprised to find out how easy is to hold, thanks to its unique form factor. 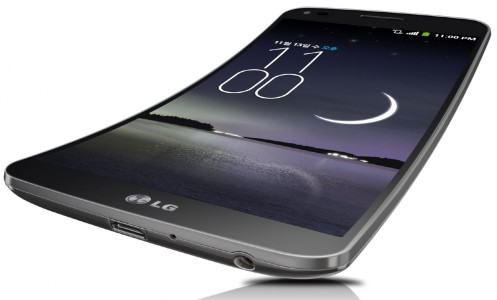 LG G Flex is Available for Purchase Online from AT&T

It is obviously that it reminds us of the old-school landline handsets, but the difference comes from its physical flexibility, which also makes it even more difficult to damage than so many other traditional smartphones. Anyway, this curved screen doesn’t really changes the user experience in a major way; it offers us this improved endurance and as special style, but G Flex doesn’t worth the investment for its curved screen alone, but for its specs as well.

Coming back to its 6-inch P-OLED display, you should know that it has a resolution of 720 x 1280 pixels (around 245ppi, to be more specific). You must be disappointed that LG G Flex has just a 720p resolution instead of a Full HD one and you have all the reasons to be, but we can at least assure you that the hardware is perfectly able to handle even the most difficult tasks thanks to its Snapdragon 800 processor with four Krait 400 cores clocked at 2.26 GHz and an Adreno 330 GPU paired with 2GB of RAM.

As for the 13MP shooter that can be found on this G Flex, it is almost similar to the one found on LG G2, excepting the lack of optical image stabilization. But we cannot deny that it takes more than decent images and we appreciate that LG had also included a variety of special modes among we can mention panorama, dual shot, burst shot, or HDR for exercising you creativity.

The AT&T’s offer is similar to that one from Sprint, offering this LG G Flex handset for a price of $694.99 off contract. And if it is still far from what you are affording, then, as our source suggests, you have the possibility to choose the $299 option with a two-year contract included with the AT&T Next plan for $26.74 for 18 months, or $34.75 for 12 months.

LG G Flex is indeed a step towards a future market dedicated exclusively to flexible smartphones, but some complain about its price as being too high. Do you agree with them? Let us know what you are thinking in the comments section below.