Galaxy S4 LTE-A To Come with Faux Leather Back

It’s not the first time when we hear about the Korean company Samsung  and the idea of faux leather back in the same sentence. This material has debuted on the popular Galaxy Note 3, but now the manufacturer has prepared a new version of its Galaxy S4 device with the aforementioned back cover. So, if after taking a look to this photo you have imagined that’s the Galaxy S4 Black Edition, we can assure you that you couldn’t be more wrong. That model has indeed a leather back, but gets its power from the original Snapdragon 600 processor and it is available just in black.

The new version will come instead equipped with a Snapdragon 800 chipset probably clocked at 2.3Ghz (paired with 16GB storage), and as you can already see from its title, it is LTE-Advanced, which means that we are talking about 150Mbps downlink speeds. 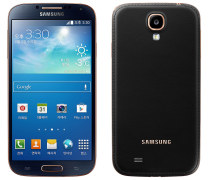 Galaxy S4 LTE-A To Come with Faux Leather Back

Moreover, Galaxy S4 LTE-A will sport a 5-inch Super AMOLED 1080p display, as well as both a 13MP main shooter and a 2MP front-facing one, but we still have no details regarding their image editing tools and abilities.

And what also sets apart this model from the Galaxy S4 Black Edition is the fact that it comes in three different color versions: Rose Gold White, Rose Gold Black and Deep Black as well. From what we know at this point, the first one has rose gold accents, while the last one here in our list comes in the standard black and silver combination. But we hope that the grippy faux leather back will remain the same, as long as it feels and looks so great.

As our source confirms, these three new Samsung Galaxy S4 LTE-A versions will be released this month in Korea on all three major carriers from there. But the company didn’t mention a thing about the possibility of a worldwide launch for the moment, so we can only hope that this will channe in the future.