Archos 80 Helium 4G Specs and Price Announced Ahead of MWC

Archos has a new 4G/3G devices collection for all those who are not willing to spend a fortune on an Android tablet or a smartphone model. This line that we are talking about consists of three budget smartphones: Archos 50c Oxygen, Archos 64 Xenon and Archos 40b Titanium, as well as an affordable tablet known as Archos 80 Helium 4G. Can you imagine a tablet with 4G connectivity priced under $250 in the first place? This is exactly what this model here offers us and now, that it was announced ahead of MWC, we invite you to find out even more details:

This Archos 80 Helium 4G tablet that we have here comes with a 1,024×768-pixel resolution IPS screen and although some of you might be expecting much more from the tablet they are about to buy, just remember the price that you are supposed t pay for this model; yes, this screen is decent enough for a model that costs no more than $249. 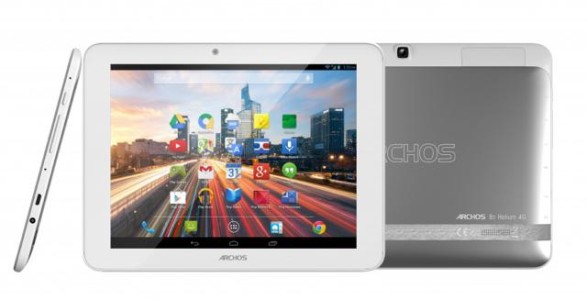 Moreover, Archos 80 Helium 4G houses a 1.2GHz quad-core Cortex A7 CPU and an Adreno 305 GPU, also coming with 1GB of RAM and 8GB, of internal storage. So, we know that this number is indeed a small one, but at least the company tries to make up for this disadvantage by adding a microSD card expansion slot that is supposed to be very easy to use. As for its rear 5-megapixel shooter, it comes along with a 2-megapixel front-facing camera as well, but you shouldn’t imagine the best clarity possible; that’s not the case.

Despite of the fact that its technical specs are unimpressive, we have great news for all Android fans. The Archos 80 Helium 4G tablet features Android 4.3 Jelly Bean version with no skins that could eventually slow down the system. As our source stated, this tablet is waiting for you with its Android 4.3 smoother interface, as well as with full access to Google Play Store including more than 1 million apps and games available to download, the most interesting e-books and magazines through Play Books and Magazines, as well as music subscription through Play Music.

Archos 80 Helium 4G doesn’t sound at all bad, does it? But if you afford paying more than that, you should know that there are better options that could be worthy of your consideration such as Samsung Pro or Galaxy TabPRO and NotePRO.