The Korean smartphone manufacturer Samsung officially launched its long-awaited flagships S5 at the Mobile World Congress in Barcelona last night, and now it seems that the company is ready to face its tough competitors the iPhone 5S or the almighty LG G Pro2, promising to deliver exactly what its costumers need, like a fingerprint sensor, faster connectivity, and more importantly, the high-performance 16 megapixel camera it has promised to deliver.

At on overall look, on the smartphone market right now, there are only three major smartphone manufacturers to battle against each other in their final mobile world quest. We are talking about the now complete series devices from Samsung, launching into the fight the still premium S4 and the top of the line S5, then comes Apples with its latest iPhone 5S and the new massive released LG G Pro2 device from the LG smartphone maker.

To be a reminder of the freshly launched Samsung Galaxy S5, the device resembles its sibling S4, coming with a bright new 5.1-screen and a 2.5GHz quad-core Snapdragon 800 and Adreno 330 CPU, with 2GB of RAM. The device`s main attraction is its 16 megapixel high camera, featuring a lot of interesting shooting modes like Select Focus Mode, Virtual Tour Shot, HDR )Rich Tone) and much more. The device is water and dustproof and comes with a fingerprint scanner, which is similar to the iPhone 5S. 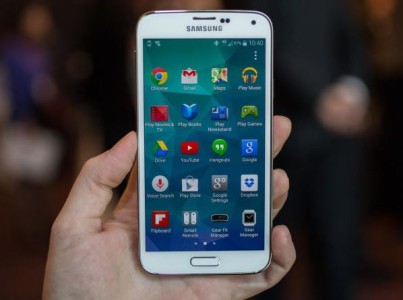 The pictures laid in the article will give you a closer look at the specs that all three high-end devices are sporting, each one being specified starting with the size, screen, operating system, 4G LTE and finishing with the processor they enhance, capacity, expandable storage, battery, carriers and the color options they include.

Just take a look at the specs and decide for yourself which high-end device you think is the best one, or which would you choose for a better practicality and usage? As for what concerns ourselves, us, the guys from Android Flagship, we will promise to keep things rolling for you by day and by night, and answer all your questions in case you have some. Cheers for now!

Check out the specs below: