Only a few days ago, the Galaxy Note 2 for China has showed itself in a benchmark, and now it’s here, carrying the model number GT-N7108. It will only be available on China Mobile, the world’s largest carrier. This version is said to be even faster than the Galaxy S4. The original Galaxy Note 2 was released almost a year ago, with the company’s 1.6 GHz quad-core Exynos 4 processor. The actual news is that the China version will be carrying a Snapdragon 600 processor, this being the reason we were saying earlier that it will be faster than other devices in its family.

The reason for the change of processor is for LTE support and increased 4G speeds. The new version will probably feature Android 4.1.2 Jelly Bean firmware, as the other version, although rumors say that it might come with Android 4.2.2. We were telling you a while ago that the Note 2 will be receiving an update, but there’s no word yet on whether this is still available or when it’s going to happen. Also, while the old version of the Galaxy Note 2 is now available for $200, we have no approximate price tag for the China model yet. In the meantime, Samsung is working on the Galaxy Note 3, which will come with a Snapdragon 800 processor, according to our source. 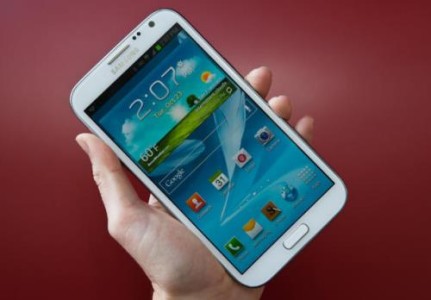 Specs wise, you won’t see such a big difference from the original version. The device will keep its features, including the 2GB of RAM, 5.5-inch 720p HD Super AMOLED display, 8-megapixel rear and 1.9-megapixel front camera, 16GB internal memory and a microSD slot, a 3,100mAh battery and stylus support, while being faster, so only good news here. Unfortunately, the version is only available in China, but the next model is on its way. If you haven’t hold a Note 2 before, prepare for your hands-on experience. It’s quite large.