The information comes from Sony Xperia Z and ZL users, who reported getting an update but not for the rumored Android 4.3 Jelly Bean, but for their old 4.2.2. The update includes fixes and improvements for the performance issues and bugs that came along with the previous update back in June. Although we have no info about the actual fixes, uses say they are quite pleased with the update, observing a series of positive changes such as smoother boot animation and home launcher performance, improved touch response, improved image and display quality. The update is already available to some users.

According to our source, there is no word on when the Android 4.3 will arrive on Xperia smartphones, but as the Jelly Bean 4.2.2 OS was just updated, it might take a while. Google just announced the 4.3 Jelly Bean for Sony Xperia devices on July 24. The waterproof Xperia Z was released in February, while the ZL is available since March 2013. Both handsets come with a 5 inches, 1080 x 1920 pixels density display and a Qualcomm Quad-core 1.5 GHz Krait processor. The two smartphones aren’t so different, still the Xperia Z is dust and water resistant. Both are featuring a shatter proof and scratch-resistant glass which is a wonderful thing, especially for women who hold their phones in the bag together with keys and other stuff. 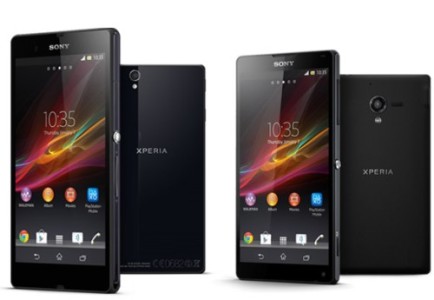