Can you believe how many changes these days? We were just telling you about Apple replacing the iPhone 5 with the 5C, which will have the same specs but a plastic cover. Now it’s Samsung’s turn to announce the Samsung Galaxy S5, a device which will come with an aluminum case. The device is set to be released in Q2 2014. So perhaps Samsung isn’t copying the iPhone after all. Don’t get me wrong, I’m not a Samsung fan, not since I purchased one of their smartphones, and I don’t believe that changing the wolf’s fur will change its attitude (just a proverb I like).
According to reports, the S5 will be Samsung’s first all-metal smartphone. This means aluminum, non-removable battery, but more resistance and a better design. Our source states that production might start in Q1 next year. Features of the upcoming S5 started revealing a month ago, showing us a 16-megapixel camera with optical image stabilization (OIS). Later on, we heard about the device being powered by a 64-bit chip and having 3GB of RAM, but that’s all the information we’ve got so far regarding the specs. An approximate price wasn’t provided neither, but we’re guessing it’ll cost more that the S4 at launch (about £590), since it will come in aluminum. 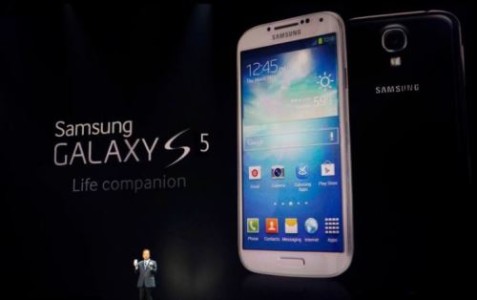 The upcoming device Galaxy S5 is said to be competing with LG G2, Moto X and iPhone 6 soon. Other sources speculate slightly different specs, like

We don’t know what to say about that. Perhaps official specifications will be made public by the end of the year. Until then, we’d like to know what you think about the change Samsung wants to bring and if you would buy this item.