Here we are to tell you more details about the recently released T-Mobile Nexus 5 16 GB which can finally reach your pocket for a great price; but unfortunately we cannot say the same thing about the 32GB model which is not available at T-Mobile at this point. And the situation is similar for the white version as well, these two handsets being available only at Play Store. When it comes to the T-Mobile Nexus 5 16 GB version, it can be retailed for a price of no more than $449.99, not to mention that you can actually pay this device in 24 installments of $17 each, of course only after a $41.99 up front fee. Don’t forget though that we are still talking about $100 more than its starting price at Play Store.

What this new T-Mobile Nexus 5 16 GB can offer us in terms of power? We are talking about a Qualcomm Snapdragon 800 processor which runs on Android 4.4 OS known as KitKat, not to mention its 5-inch Full HD IPS display which has a maximum resolution of no less than 1920 x 1080 pixels. 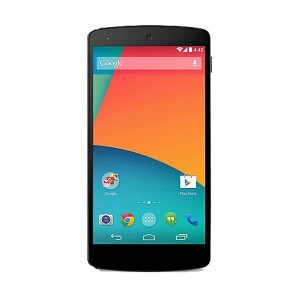 When it comes to its dimensions, we can assure you about the fact that it feels more comfortable than you are expecting at 137.84 x 69.17 x 8.59mm, also having a weight of just 130g. So, we appreciate the fact that it is slim enough, despite its large dimensions, not to mention that the screen is surrounded by very slim bezels which make it so easy to hold and use.

Unfortunately, things aren’t look so great when it comes to its 8-megapixel camera as long as its photos and video have a limited contrast and saturation issues. So, we have to warn you that if you are one of those who love capturing every special moment from their life, T-Mobile Nexus 5 is certainly not an ideal choice! But, don’t leave aside its other advantages before taking the final decision!