Galaxy Note 3 to receive a Stability Update (N900XXUCMK2) with Exynos

A lot of users are waiting for the great Android 4.4 KitKat update for their Android smartphones; it is quite an important 600 MB update compare to what Samsung is preparing to release on Galaxy Note 3 under Exynos. It is about a 30 MB firmware update for the tablet with build number N900XXUCMK2 and it will be launched to all users from Russia, Thailand and also other countries, as a recent post from SamMobile states.

As already confirmed by our source, the 30 MB upgrade doesn’t resemble in any way to its big “rival” Android KitKat 4.4 which will be featuring important apps, for a smoother and more powerful performance of the Android smartphone.
It is believed that the update will enhance a stability upgrade for the device against bugs and other flaws. Unfortunately, there are no other specs concerning this stability upgrade shared by Samsung. 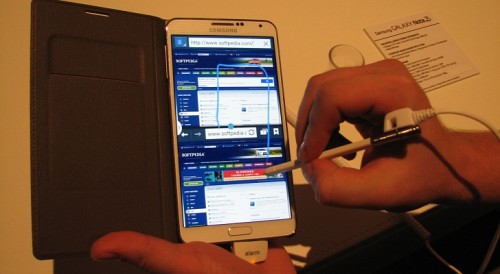 Galaxy Note 3 to receive a Stability Update (N900XXUCMK2) with Exynos

What we do know for sure is that the update will be rolled out in a couple of days and the users will be able to get it in stages. So, all they have to do is run constant checks on its availability, by manually accessing Settings > About Phone > Software Updates, and finally hit the Check Now button. You can also get the firmware form the firmware section, but only when it will be available in your region.

Until then, we will keep you posted on the fresh news. In case you grab the Galaxy Note 3 stability update before we do, make sure you let us know by posting your opinions on the comment area. We should be able then to let the world know what features the updates bring and how can it stabilize the phones apps and performance.