After months of rumors and critics, users will now be able to download the highly anticipated Grand Theft Auto: San Andreas game from Google Play Store. After 10 years of being launched for Play Station 2, the well-awaited game has made its way for the mobile game lovers, and it is available in Google’s Play store for $6.99.

The fellows from Rockstar Games have prepared over 70 hours of gameplay and improved graphics with amazing new features and changes. Compared to the official release of the game suitable for PC and PS, the mobile version has managed to offer great possibilities for all users who enjoy a good game.

Unfortunately, for those who are conditioned by a limited storage space, the game will require quite a lot of space, up to 2.4 GB, so before you decide to download and install it on your device, keep in mind to free up some space before. 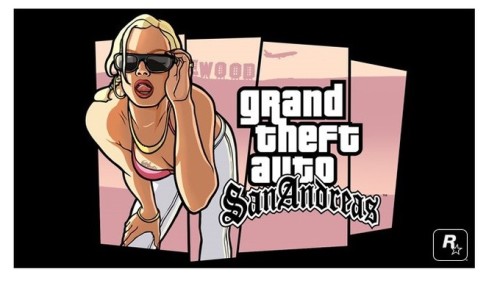 Among all its new features, San Andreas fans will also get remastered properties such as high-resolution graphics build specifically for mobile including lighting enhancements, an enrich color palette and improved character models. In the same time, you can also benefit of cloud save support for playing across all your mobile devices for Rockstar Social Club members. This means that you can port the game to any other smart device you are using and continue from where you left it.

When playing the game, users will have a dual analog stick controls for full camera, and movement controls as well as three different control schemes and customizable controls with contextual options to display button only when you want to make use of them. As a plus, users will be able to modify the visual experience with adjustable graphic settings.

If you want to take the gameplay to a different level, you have the possibility to play on a different controller. Being compatible with the MoGa Wireless Game Controllers through Bluetooth and USB gamepad, users will be able to play the game using a special controller.

At this point, the game has a relatively poor review, only 2.7-star, mostly because most users are not able to install it on their devices, despite purchasing the title. As expected, the game is a little bit demanding, and it requires some high demands. However, now, it appears that the Rockstar’s game was updated to fix the Download Failed error from earlier. In case you are interested in purchasing the game, feel free to check Google Play Store and see if the update is ready for your device.