Samsung just can’t help surprising us every week with new releases. This time, everything is around the Galaxy Ace 3. Due to the fact that it’s running Android 4.2 Jelly Bean, the device includes many of the headline software features of the Galaxy S4, such as S Travel, S Translation and S Voice. The Galaxy Ace 3 will be available in 3G (1GHz dual-core processor) and 4G LTE (1.2 GHz dual-core processor) flavors; specs wise, both support a microSD card of up to 64 GB of storage. We believe that the release date will be announced at the event on June 20. The smartphone will also have a dual-sim version.

The Galaxy Ace 3 features a 4.0” TFT display 480×800, a 5 megapixel camera with LED flash and a VGA resolution front camera. Its specs list will include a memory capacity of 1 GB of RAM, 4 GB internal storage and up to 32 GB external memory via mircro SD card. The smartphone will also feature Bluetooth 4.0, A-GPS and Wi-Fi connectivity and it will come with a 1500 mAh battery. Both 3G and 4G LTE versions have a 4-inch (480 x 800) LCD display, placing the new device just beneath the Galaxy S4 Mini in Samsung’s 2013 smartphone pecking order. 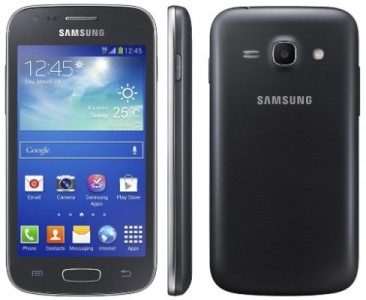 Date, location of the release and price tag for the Galaxy Ace 3 haven’t yet been revealed. However, only a few days separate us from the Samsung London event, when we also expect more info about the Galaxy S4 Zoom, the Galaxy Note 3 or the Galaxy S4 Active, which we spoke of in earlier articles. Therefore, stay close if you want to learn more about Samsung’s plans and also don’t forget to read our latest Android related tutorials, tips and tricks.