Android 4.4 KitKat Update Ready to Roll Out for HTC One

HTC has just announced us that the Android 4.4 KitKat update for U.S. carrier versions of the HTC One is almost ready to roll out. We are saying “almost” as long as the company has submitted the update to all four major U.S. carriers (AT&T, T-Mobile, Sprint, and Verizon), so it’s only up to them to approve it for their customers. In other words, HTC One is currently on the “certification” stage. This particular stage that we are talking about starts out with final internal testing by HTC before submitting each build to individual carriers. So, up to this moment carriers can take as much time as they want to start looking for bugs, at least in theory.

In real life it’s a competition after all and even these carriers want to finish their job as soon as possible, if not even on the first place! 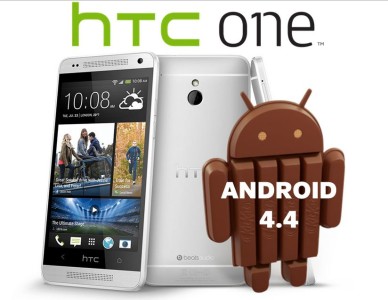 Android 4.4 KitKat Update Ready to Roll Out for HTC One

Anyway, if any bugs are encountered, a new build which incorporates the fixes must be created and re-submitted and this could take indeed a little longer. But if we take in consideration HTC’s declaration, we have a strong feeling that this won’t be the case for that to happen. HTC has also posted via its Twitter account that we should see the updates certified by the carriers as early as next week, so they probably took care of their testing part in the first place.

We won’t deny that even after this Android 4.4 KitKat update starts to roll out it may take some time for all HTC One owners to get the update. But just as our source stated, we are closer than ever to this HTC One KitKat update, so have just a little more patience. Maybe the thought of what’s coming can comfort you and we all know that we can refer to an impressive list of improvements and new features such as: the full-screen Immersive Mode, refreshed Google services, printing to any printer connected to Google Cloud Print (or other printers that have apps in the Google Play Store), easy home screen switching, improved multi-tasking, Chromecast support and more.

And things don’t look that bad for HTC One Mini and HTC One Max either. The company claims that they are on the “integration” stage, so it’s just is working to implement the latest OS version on these smartphones, but we’ll be back soon to let you know which stage they have reached.