Not so long ago ASUS has officially announced its new PadFone Infinity Lite model, but the company seems to have even more surprises. Two ASUS Transformer Pad TF103 and TF303 tablet/laptop hybrids have been leaked on red dot 21 website, so here we have more than the image of these devices, but also a few clues regarding their technical specs. As for their names, they are said to be “renovated from last generation” which clearly suggests they are the updates of the previous ASUS Transformer Pad Android family.

Back in 2011, the Taiwanese manufacturer ASUS has surprised us all with its convertible laptop that came with a keyboard dock companion. Things have changed over the years, that’s for sure, but this doesn’t have to mean that we cannot be surprised by what a tablet/laptop hybrid could offer these days. 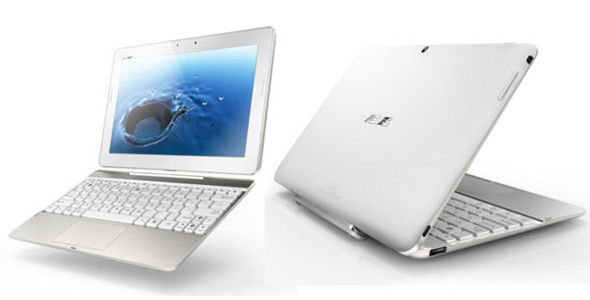 Both ASUS Transformer Pad TF103 and TF303 models come with a QWERTY keyboard dock, just as you can see in this photo, as well as with a ‘pebble shaped curve’, so we can already understand that these tablets and their docking stations have rounded edges; but we have no details regarding their dimensions and weight. We only know that there are presented as tablet/laptop hybrids, so we can imagine that we are talking about portability and flexibility. And let’s not forget that their design is identical!

Furthermore, there are no details on pricing and availability yet, but don’t worry; we’ll find out these details soon and we’ll be back with fresh info.