Back on screens: iPhone 6! Release Date and Price Rumored

Two releases, one year? iPhone is running with the light speed and develops a new light, iPhone 6 or iPhone Light. It is told that the price charged for iPhone 6 will be low and will target the developing markets. The release date of Iphone 6? It is not any official statement in this respect, but September can be a version. The surprise will come with the colors, because Apple wants to go “crazy” and sweeten their devices in yellow, red and why not green. iPhone users will go out from their black and white vision and feel free to explore new perspectives.

Our source posts up also about iPhone5S release, which by the way, it is also rumored to be in September. Besides the colors, iPhone 6 will come with some interesting specs: a 4-inch screen (similar with the iPhone 5), a conical base as the latest iPod touch and a rectangular shape like the iPod classic. Plastic is the dominating material of the smartphone but chassis is made of combination plastic and metal. On the right side it has a centered space for SIM as the iPhone 5 and also a card room. From latest iPod Touch, the new device will inherit the position of camera, microphone and rear flash. 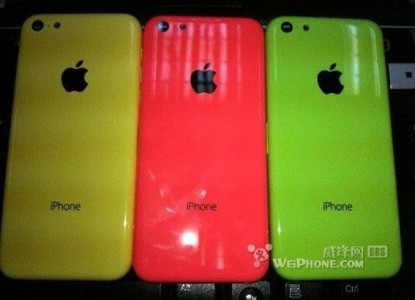 Apple and its plans

Above, we spoke about an unknown release date and a possibility of having the iPhone 6 in September this year, but nothing about the thoughts of Apple. Will Apple release the phone along with the iPhone 5S in the same day? What are they looking for by releasing this device for a low price? They are looking across the ocean and hit the Chinese market where Apple has identified an opportunity to have a new partner in the Chinese Mobile Ltd and hit the tops with a record in sales. Coming with a low price they want to have great results also in India. Are you impatient to see the new devices?