We all know that HTC announced two mid-range handsets, the Desire 610 and Desire 816 at MWC this year, revealing some of their most important specs and features. However, the Taiwanese company did not offer any details about the pricing of these Desire smartphones, just telling us that the Desire 816 model is set for an April launch, while the other Desire 610 one is going to reach the market on May. The strange fact is that things aren’t exactly according to the initial plan as long as Desire 816 has been already launched in China where it costs just $310. And now, here we are to tell you that prices were revealed in Europe as well.

To be more precise, both these HTC Desire 816 and Desire 610 are currently listed at Amazon Germany with pricing included. HTC Desire 610 is listed at EUR 299 (Rs. 25,300) and the other HTC Desire 816 device is listed at EUR 379 (Rs. 32,000). Don’t forget though that those are only the pre-order prices and that the launch date is not yet revealed. The story is the same for Amazon Spain too, where the first model costs €430, while the other €350 respectively, but that’s no guarantee that these are going to be the final prices. 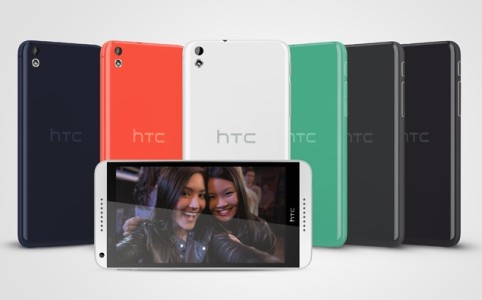 In case you forgot their specs, here we are to remind you that HTC Desire 610 comes with a modest a 4.7-inch qHD (540 x 960 pixels) display with a pixel density of no more than 234ppi, as well as with a quad-core Qualcomm Snapdragon 400 processor coupled with 1GB of RAM and only 8GB of built-in storage. Its 8-megapixel rear camera is accompanied by a secondary 1.3-megapixel front-facing one which can also capture 720p videos, but things are much better for the other Desire model.

This version, on the other hand, has a much better a 5.5-inch HD (720×1280 pixel) display, but the same quad-core Snapdragon 400 processor (only that this time is paired with 1.5GB of RAM). Its 8GB of inbuilt storage come with support for microSD cards up to 128GB, while the 13-megapixel rear and 5-megapixel front-facing camera are more reliable than on HTC’s Desire 610 case.
In terms of OS these models should have run Android 4.4.2 KitKat at launch, but in China we have only seen Android Jelly Bean, so this piece of info is still surrounded in mystery.