Samsung and SK Telecom, the major telecommunication company from Korea, have been lately working together to create a unique version of the Samsung Gear 2 that would be able to run individually, make phone calls or operate on its own without being paired to a smartphone. The Galaxy Gear 2 would actually become the first swmartwatch to be enhanced with a universal subscriber identity module, or simply USIM, that would perform the aforementioned tasks.

To state Korean Herald, the fresh Galaxy Gear 2 would only be available in Korea and perhaps soon enough worldwide, although the Samsung smartphone manufacturer hasn’t yet confirmed the new wearable. 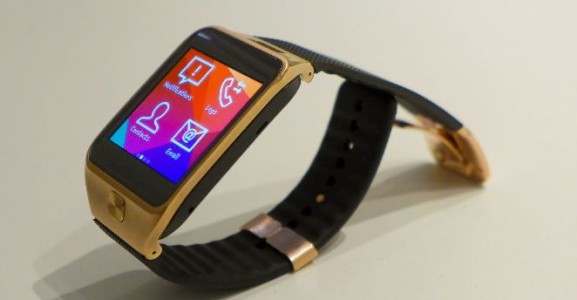 The so called Galaxy Gear 2 with USIM would sport a lot of features like direct connectivity to a mobile network without making use of a smartphone. Also, you can make video calls, even if the camera is placed facing the wrong direction. A disadvantage of the new Galaxy Gear 2 though, would be its battery that produces a lot of drainage due to the extra cell radios.

To be a reminder, the Galaxy Gear 2 was first unveiled at the World Mobile Congress, being held in Barcelona in February, coming with interesting features like 1.63-inch Super AMOLED 320 x 320 display, a dual-core processor of 1GHz, as well as 512MB of RAM and an internal storage of 4GB.

The Galaxy Gear 2 doesn’t run on Android, instead, it has enhanced the Samsung`s own operating system, which is Tizen. The Gear 2 requires a connection with a Samsung smartphones lineup, being required to place phone calls or receive SMS text-messages.

Since the Gear Fit or the present Gear 2 will be put for sales starting next month, there is no word when or if the reportedly Galaxy Gear 2 with USIM would hit the market.

Would you prefer a standard smartwatch like the present Gear 2 being connected to a Samsung device or would you rather had an individual standalone wearable Gear 2 with USIM that would operate on its own, without the need of a device?

Don’t forget to share your pros and cons about this presuming Galaxy Gear 2 with USIM! Cheers!