As a reminder, Google announced its Android 4.4 KitKat in late 2013 and we have seen it reaching to more and more devices each day. The KitKat firmware has been available for the Korean LG G2 since December last year, while the AT&T’s users got it the last week of February. But now, it’s finally the perfect time to talk about this Android 4.4.2 KitKat update as long as it is finally ready to reach the international LG G2 units is now available for download via the OTA service. As you are expecting, this KitKat update that we are talking about will come with the latest Android OS version with all of its changes including an improved battery life, faster performance, as well as enhanced Knock On feature. Do you want to find out more? Here we have more details:

A Variety of Enhancements

The latest version of Android KitKat comes with a variety of enhancements for your LG G2 such as a new full-screen mode, restyled status and navigation bars, as well as improved closed captioning support. Even more, Google Cloud Printer makes it easier than ever when it comes to printing documents via Wi-Fi or a Bluetooth connection. 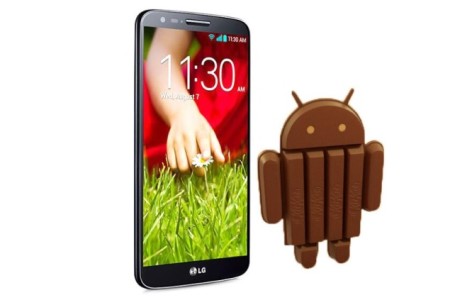 As we have already told, we are also tabling about an improved battery efficiency fort this international LG G2 handset as long as it can play music more efficiently, also inclosing the new battery-saving mode. As for its enhanced “Knock On” feature, we can tell you just one thing: responsiveness of LG’s Knock On feature has been improved as well thanks to thisAndroid 4.4.2 KitKat update , letting you to enjoy your handset as never before.

The Update rolls out Gradually

Haven’t you received the Android 4.4.2 KitKat update up to this point? There is no reason to be worried about; the update rolls out gradually, which means that it could take a few days or weeks before this KitKat firmware reaches to your LG G2 device as well.