All you Apple lovers out there, pay attention: the company decided to start the production of the iPhone 5S this month, with a predicted release for late September or early October. More recent posts talk about a delay, in order for the company to change the screen size from 4 inches to 4.3 inches. So a release might be possible by the end of the year. Apple, the world’s largest technology company, hasn’t released a new handset since last year’s iPhone 5 and Samsung has become the leading provider overall, coming out on the market with different devices at different prices. Apple should move fast, considering that it is the second time the release date for its new handset is being delayed.
The iPhone 5S is expected to run iOS 7 and rumors talk about a Retina+ Sharp IGZO display, with 1080p Full HD resolution. Also, the device is said to come with a 13MP camera. From leaked photos, we might get a 5.92Whr battery. It also seems that Apple filled an application for Wireless Power Utilization, a wireless charging system with near-field magnetic resonance. According to our source, analyst Peter Misek issued a note which said that Apple’s manufacturing partner Foxconn has started hiring more workers to fill assembly-line positions in northern China for the production of the iPhone 5S. 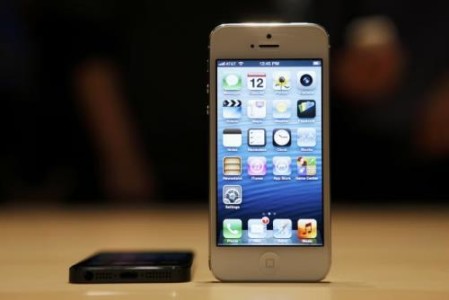 Other sources suggest a 12MP primary camera, a 2MB front-facing one, 2GB of RAM and NFC support. We’ll just have to wait for news about the device, as the company can’t decide on the release date. The price tag hasn’t been announced also. Apple is planning on launching another device this year, a low-cost iPhone made out of plastic, which the company apparently already started working on. The price for this handset is said to be around 300-400$. We’ll keep you posted as more information comes out.