We’re sure you know about the beloved game Angry Birds, considering the fact that it has been all over the internet and on smartphones as an application in the past few years. So now we have good news for all the game’s fans. Rovio Entertainment is working hard on getting out on the market the Angry Birds Star Wars 2 game. This will be the sequel for the first Angry Birds game, which launched for smartphones back in November 2012. The Angry Birds Star Wars 2 game is expected to launch on September 19 and it will come with over 30 characters. Rovio hasn’t confirmed yet the mobile platforms that will support the game, but we believe iOS and Android will.
According to our source, Rovio has included a physical aspect that they called telepods. They created a Hasbro toy which is a physical representation of a game character. According to statements from Philip Hickey (Rovio Entertainment’s VP of marketing), the toy works by using a mobile phone or tablet’s built-in camera to read it and implement it in-game. The toys are said to be available for sale starting September 19, along with the game. A video trailer has been released so you can watch it online. 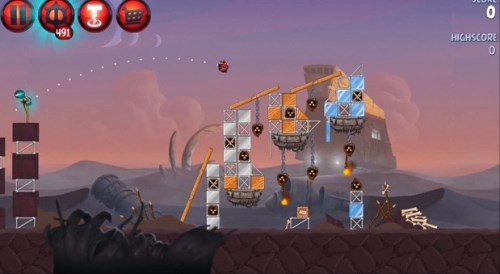 Angry Birds was inspired first by a sketch of stylized wingless birds and was initially released for Apple iOS in December 2009. It was such a success that Rovio decided to create versions for smartphones running Android, Symbian and Windows Phone operating systems. Since then, it has been expanding to video game consoles and for PCs. I’ve played the game on my laptop and I also got the app for my smartphone, and I can tell you it’s really fun. So if you enjoyed it too, be sure to try the new game. I sure will.