HTC One Max: The HTC One On Steroids

Well, yes, HTC was saying back in April that the HTC One will be the only One device of 2013. However, since then they changed their minds twice: once with the announcement on an upcoming Mini, and now, it’s the One Max that will reportedly join the family in September. The smartphone is said to be a super-sized device to Compete With Samsung Galaxy Note 3 and Sony Xperia Z Ultra. And it is well-known that HTC has been competing with Samsung for quite some time. We don’t know if HTC One Max will include a stylus functionality, but The Xperia Z Ultra will include a stylus, while the Galaxy Note 3 is expected S-Pen compatibility.
Specs wise, the One Max is expected to feature a 6-inch Full HD 1080p resolution Display, a Qualcomm Snapdragon 800 processor, 2GB of RAM, 32GB or 64GB internal storage and a 3,200mAh battery, says our source. No word on the operating system yet, but we expect Android 4.2.2 or Android 4.3. So much for the rumored specs on the phablet, but what we read so far doesn’t sound bad at all. Reports say that the HTC One Mini will feature a 4-inch 720p display and a dual-core 1.4GHz processor. 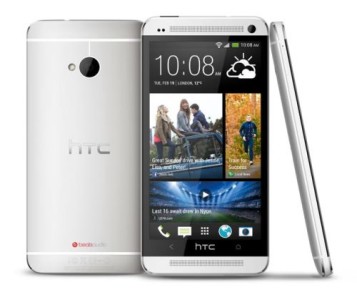 The Galaxy Note 3 is expected with a 5.7 or 5.9 inch, 1920 x 1080p HD display, a quad-core Snapdragon 800 processor with 3GB of RAM and a 13MP camera, while the Xperia Z Ultra features a 6.4 inch 1080p waterproof and dust-resistant display, a Snapdragon 800 processor – the latest processor released by Qualcomm, 16 GB of internal storage and a 3,000 mAh battery. Considering the specs of all phablets, i’d say the competition is pretty tight. It’s up to you which one you’ll pick. With all of the release dates being in September, an advice is to analyze the offers well until you decide on one device.