Acer didn’t want to stay lower in the world of Android and it came on the market with a new device called ”Acer Liquid S1”, which is a new Jelly Bean 4.2 powered phablet, the first developed by Acer by the way. As soon as we found out the news, we started to wonder if the handset will make a good impression or not. So, if we take a look at the performances (specs and features wise) that will be included on the Acer Liquid S1, we can notice the following aspects: a 5.7 inch 720p HD touchscreen display, a 1.5 GHz quad-core CPU, an 8 MP rear facing camera and Android 4.2 Jelly Bean pre-installed. This are only the first things leaked and we can conclude from the same that the device will be a good one (if the price will be affordable – then we will have another Galaxy Note alternative).

Now, if we care about other specs, we can count also on DTS Studio Sound, Bluetooth, Wi-Fi, and a longer battery life (according to Acer we have “a day’s worth” of battery). Furthermore, the Liquid S1 includes several nifty software features that will be found only on the phablet, something like Samsung did for its Note line. 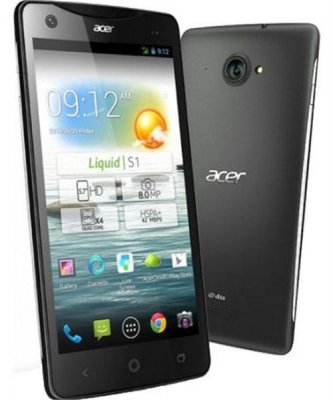 The handset comes with Automatic Profile which allows users to make the settings based on the location they are. For example, if you have a meeting, the phablet will know to change on the silent mode just because you go in the meeting room. Also, if we want to sync automatically photos to the internet, there is Acer Cloud, which allows this thing to be done very fast and safe. Beside some inclusion of extra software, the handset seems to be exactly as Samsung Galaxy Note. The inclusion we talked about are: Float User Interface, Voice Unlock, and a new app called 2-Way Live Screen (for multitasking capabilities).

According to our sources, the Acer Liquid S1 price tag will be somewhere around €349 or if is in dollars about $454 .There seems to be a good deal (though for a 720p 5.7 inch display it might sound expensive), but only if the device will come with a full Hd touchscreen, or if it will support a 4G LTE network.

Finally, according to the latest rumors, the Liquid S1 release date is tagged for Q3 2013, so the exact launch date isn’t yet announced. Also, unfortunately there are no words about the phablet future market availability so for further details we will have to wait until an official statement will be made available.