Zumba Dance Availabe For Download On Android Market For Tablets

Zumba Dance is the best way to lose calories while having fun and it has already become a world phenomenon. The app uses your tablet’s camera to track your movements and it’s been convincing so many people of its success, that it appeared for the Wii, Playstation 3, and Xbox 360 and even sold very well. The routines are made on music by well-known artists like LMFAO, Pitbull, Sean Paul, Tiesto and many more, so you can also sing along and you sure will enjoy it better. The exercises and dance moves are shown to you by instructors Beto Perez, Gina Grant, and Kass Martin.
With the Zumba Dance application, you’ll get approximately three hours of routines, and classes vary from 20 to 60 minutes. You can even customize your own classes. Then the app will calculate your burned calories and your progress. You can work out to over 40 tracks and it really looks like fun. The application is available on Play Store for 4.99 $, according to our source. It’s also available on Amazon and AppStore, for the same price tag. Zumba Fitness also includes Zumba Fitness World Party, Zumba Fitness Core, Zumba Fitness Rush, Zumba Fitness and Zumba Fitness 2. The official site promises new motion tracking technology that ensures you to get the most out of your workout. 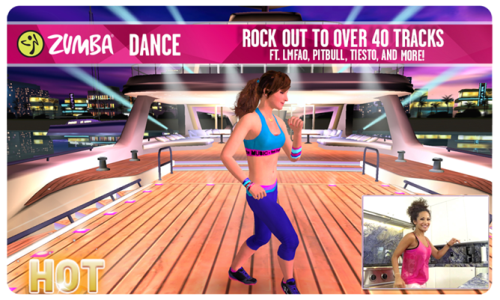 You can also see a trailer online, where you can find out how it works and how much fun it looks like. Feel the thrill of a huge range of popular dance styles from around the world, including Merengue, Salsa, Cumbia, Bollywood, Hip-Hop, Reggaeton and more. As we said earlier, you’ll get three pre-programmed calorie-burning classes: Party, Exhilarating, and Pulse-Pounding. The application will also help you learn the steps of your favorite dance styles, so you will be able to put them in practice at parties or wherever you’d like.