About a couple of weeks ago, we were telling you about the appearance of the Asphalt 8 Android game, but we didn’t know, at the time, when it was going to become available. Well, it seems like the Asphalt 8 Airborne is going to be released on August 8th. The game was shortly introduced by Google at its event yesterday. The company is busy today with releasing some information and details on the game. For the record, the images show great graphics, but you’ll see that for yourselves later on. In fact, Gameloft has released a bunch of images, from which you’ll be able to make an idea on the airborne moments you’ll get while playing the game.

From the video trailer we were showing you in a previous article, you’ll get to see some of the race tracks and movements. However, the quality of the video is not exceptional but you have nothing to worry about. As we said, graphics are awesome. Additionally, you’ll get to see more at the game release, when we’ll get back to you with hands-on videos and the full review. According to our source, the best image will be on the Nexus 7, which has a 1080p HD display. Also, the OpenGL ES 3.0 feature for Android 4.3 is a big plus for graphics. 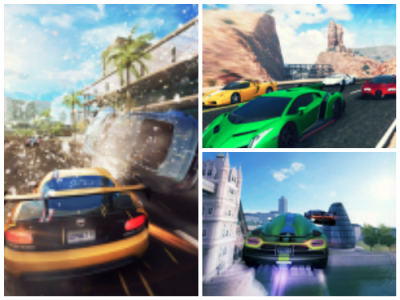 Here are some details of what to expect from the game:

The entire game has been built from scratch, without anything from earlier versions being used. We can’t wait to play the game! Gameloft itself states that it will be on of the best racing games on the market.