Asus Memo Pad HD Rumored to be Released at Computex

This year at Computex , the device Asus Memo Pad HD , which is the successor of the Asus Memo Pad 7 (a budget friendly Android based tablet) will apparently be unveiled. As you know, when talking about tablets, there is a big competition between Acer, Samsung, and Asus, the last one being interested in keeping up with the competition. Now, if we compare both tablets (the Memo Pad HD and the Memo Pad 7), we will see a lot of improvements made over the new HD variant of the Memo Pad. So, while the first one is featuring  1024×600 resolution with 169 PPI display, the newer device supports a 1280×720 (HD) pixel screen. Another difference between the mentioned handsets consists in the processor performances and in the RAM capacity which received a big upgrade: the tablet features 1GB of RAM and a quad-core processor.

The Asus Memo Pad HD price is a good one also because with the additions mentioned above, there is not a big difference between the previous version of the tablet, which was offered for $149. Actually, the device comes on a very low price for its performances: $169. If we have preferences about the color, we also have the chance to choose from 5 different ones: white, black, pink, and yellow. 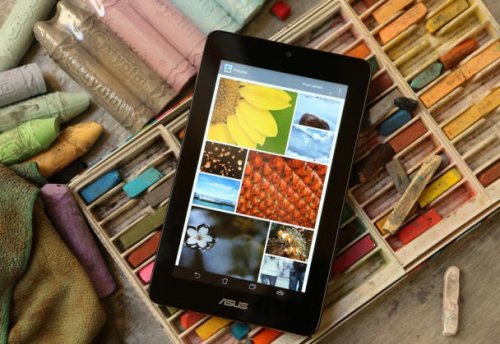 Asus Memo Pad HD and its soon unveiling at Computex

Apparently, Asus just wants to recover its position in the world of Android tablets with this new device because it has what it takes in order to surprise its future users and it also comes on an affordable price tag.

Beside the specs mentioned before, here is a little list of what we should expect from this new tablet:

If we are to predict, the tablet will be released this year at Computex, an event based on tablets unveiling, but an official statement related to the Pad HD market availability hasn’t been yet confirmed. For those who decided to have a tablet like this in their hands all it remains is time to take the best decision.