There’s no mystery that Moto X is the first Motorola model which received the KitKat update, three weeks after its releasing. Moto G and other Motorola’s 2013 Droid-branded Android handsets are also mentioned in this list, but why wouldn’t other older smartphones have the same privilege too? The information that KitKat is optimized to work on older smartphones and tablets supports this, so we are satisfied to find out that Motorola has just confirmed the latest Android update for its Motorola Droid, Atrix and Electrify handsets.

Are you the owner of one of these devices? We bet that you are more than curious about the actual release date of Google’s latest mobile OS version update, but we have bad news for you. Droid RAZR M, as well as Droid RAZR HD and Droid RAZR MAXX HD are listed on Motorola’s support site for quite a while, so we are more than sure that their software will be soon bumped to Android 4.4 KitKat. But the precise availability details are still unknown at this point, according to our source (here). 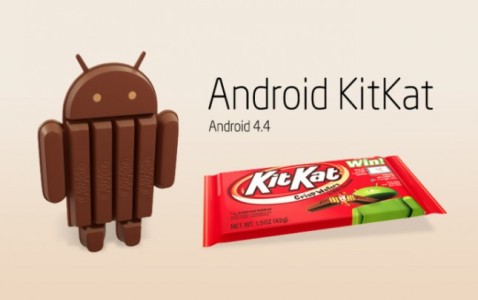 You can only imagine that the story is the same when it comes to the more recently announced Motorola Droid, Atrix and Electrify. But there is no doubt that you’ll be one of those experiencing all its improvements. One of the most anticipated is its new immersive mode. Before Android 4.4 KitKat, the status bar and the navigation buttons would take up real estate when playing a game or browsing the web. But now you have the possibility to switch to full-screen and then swipe from the top edge of the screen to get back the buttons.

The memory optimization and the fact that the touchscreen responds much faster allows multi-tasking like you have never seen before, not to mention the new phone app can order the contacts taking in consideration those ones that you’re interacting with most of the time. And don’t leave aside that you can print documents or photos directly from your phone, by using any printer connected to Google Cloud Print or having apps in the Google Play Store.

There are pretty big chances for Android 4.4 KitKat to have already captured your interest, so stay tuned for more info on its release date for these Motorola Droid, Atrix and Electrify handsets.