If you have a HTC One Google Play edition device in your pocket, we have great news for you: your handset is ready to receive the new Android 4.4 KitKat. This OTA file has no less than 305 MB and it is able to upgrade the device to build KRT16S; and as long as it is the latest one available up this moment, what more could you be asking for? This update for HTC One Google Play edition is similar to the other versions available for all Nexus devices, so let’s see more about the improvements that you’ll receive.

We can tell you that several users who have already received this new update are already reporting several major changes. We are talking about a new ART runtime, a different architecture for NFC payments that can work just fine with any mobile operator, the Bluetooth MAP support, the Chromecast support, as well as a phone app which orders the contacts from your list based on your most frequent interactions. 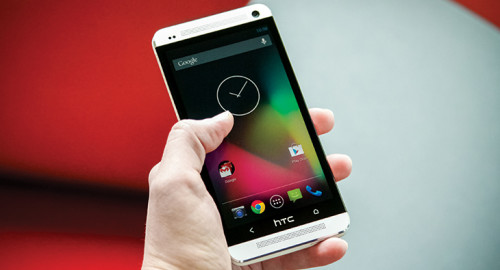 Besides that, the Caller ID is tweaked so that when someone rings from a number which isn’t saved in your contacts list, your phone will try to look for any potential matches from businesses with a listing on Google Maps. As for the new Hangouts app, it is able to combine all the text messages, the MMS, the conversations and video calls in a single place.

And don’t forget that this update features several tweaks in order to improve the overall performance and general speed of your device, something that some HTC One Google Play edition owners already know. So, if you don’t have any more patience, you can update it manually by using this link or you can also download the update directly to local storage and use the “update from phone storage” in the stock recovery for flashing the update, according to our source.