Gionee has just announced a new flagship smartphone known as Elife E7 (the successor of Elife E6). Surprisingly, the company claims that this handset will become the best Android cameraphone on the international market, but should we actually believe it? It has its major advantages, we cannot deny that, but it remains though a product coming from a small Chinese manufacturer which has to struggle to find its own way among so many other much more popular brands.

Gionee Elife E7 features a 5.5-inch JDI display with a resolution of 1920 x 1080 pixels (also equipped with Gorilla Glass 3), while the power is offered by a 2.5 GHz quad-core Krait 400 processor on a Snapdragon 800 chipset. The device comes in both a 16GB of internal storage version (which features 2GB of RAM on-board) and a 32GB model (having 3GB of RAM) and it runs on Android Jelly Bean with a layer of Amigo 2.0 UI. 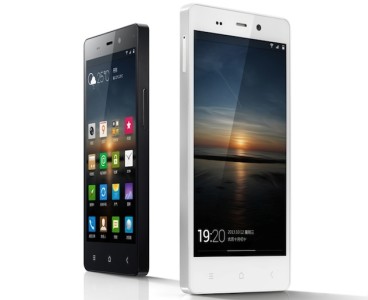 But there is something much more interesting than that. We have told you that the company hopes that the world will recognize this device as being the best Android cameraphone. So, what do you think about a 16 megapixel snapper which features no less than 1.34 µm pixels coming along with an 8 megapixel front-facing shooter which can be compared to iPhone’s 5 camera? And the primary lens is based on the Largan M8 solution which means that we can only expect to receive incredibly sharp images like never before.

This device will be available in China from December 5, but we also have the confirmation of a January release in India. And later, Gionee Elife E7 will reach to around 40 countries from all over the world, but not North America, according to our source. And you’ll have to choose between a wide range of colors such as pink, green, black, white, blue, yellow, or orange, for a price of Rs 27,699 ( for the 16GB version ) or Rs 32,730 ( if you want to buy the 32GB model ).