LG G Pro 2 To Be Released in February

Now that LG has just confirmed the existence of its LG G Pro 2, the company had also announced us that the smartphone will be released in February, probably at the Mobile World Congress. We all know that its G Optimus Pro predecessor was LG’s first step into the popular oversized smartphone area and people loved it, so we can only hope for the best when it comes to this new version. In the first place, you can notice that LG has gave up on the “Optimus” name, already placing this handset in LG’s line of premium models.

So, LG G Pro 2 will soon become the fourth member of a popular series which already includes the original LG (Optimus) G version along with LG (Optimus) G Pro, and LG G2. So, it is all about a specific pattern. 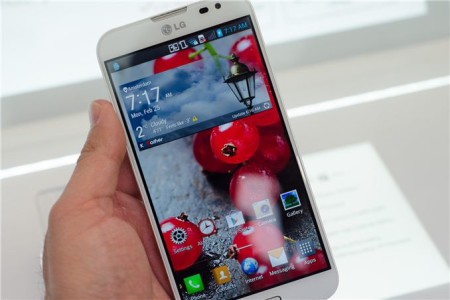 LG G Pro 2 To Be Unveiled in February

Given the circumstances, there is no surprise that LG G Pro 2 might sport a high-end hardware – specs wise. Although nothing is yet known for sure, the latest rumors have repeatedly mentioned the possibility of seeing this smartphone powered by a 1.7 GHz quad-core Qualcomm Snapdragon 600 processor paired with 2 GB of RAM and no less than 32 GB of internal storage, while its 13 megapixel rear camera is supposed to be equipped with a variety of image editing tools. As for its 5.5-inch screen, it could come with a maximum 1920×1080 pixel resolution as our source suggests, not to mention that LG G Pro 2 will feature the latest Android 4.4. OS version.

But as we have already told you, LG has not officially announced any of these technical specs, so we cannot wait for the Mobile World Congress that will take place on February 24-27 in Barcelona. Only then we’ll see the real face of this new LG G Pro 2.