Samsung`s Gear to Receive $120 Cut Off in India, with Discounts Worldwide

Samsung`s representatives in India have announced that they would cut off the price for the Samsung Galaxy Gear, with almost $120, approximately Rs. 7,000, becoming the first smartwatch that consumers find to be more attractive and available. The previous price tag of $299 that Samsung has put on its smartwatch, seemed to have led to a series of lackluster sales, especially since it has limited device compatibility. On a rating review carried out by DailyTech, the gear has also received a “Fail” note due to the high price.

To follow on with the reports, as our source also mentions, this discount seems to benefit Samsung in India. Since the strategy might work pretty well in India, Samsung might also consider getting discounts all over the world, with a US price expected at around $210, yet with no official news on this matter. 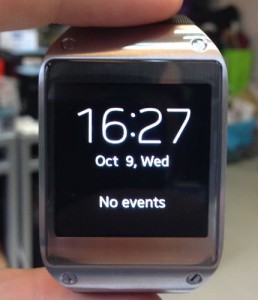 Samsung`s Gear to Receive $120 Cut Off in India, with Discounts Worldwide

The price might be just the right one, since in a couple of months now we would expect other high-end Gear devices making their way in to the market, with possible launches in February or March of the Gear 2, as Samsung is planning some flexible displays with thinner and finer design.

But since Samsung has made a habit out of releasing smartphones, tablets or smartwatches with exorbitant prices, this second generation of Samsung smartwatch will likely bear the same high price tags on their way to the market worldwide. But we should trust the Koreans from the smartphone company, as they always deliver the best products.

As for the Gear`s compatibility, we might be talking about a limited editions of devices like Galaxy S4, Galaxy SIII, Note II, Note 3 and Note Tab 10.1 2014 Edition, followed by the Galaxy Mega or the Galaxy NotePRO 12.2.