It’s clear that Android 4.3 is just around the corner. The latest Android OS is already been downloaded by the AT&T Galaxy S4 users, the build JSS15J.1337UCUEMJ9 arriving with compatibility improvements for Samsung’s smartwatch, the Galaxy Gear. For those who didn’t receive the update, an easy way to have it is to check for the update manually by accessing Settings-About phone-Software update menu-the 720MB download require a Wi-Fi connection or unlimited data plans. Previous, there were rumors which claimed that the Verizon Galaxy S4 and Sprint Galaxy S4 would have Android 4.3 Jelly Bean on October – and they received it.

The update should roll out for everybody on November 18th, the date that appeared on the Android 4.3 schedule. It will bring support for the new Galaxy Gear smartwatch, Samsung’s Knox secure work environment, support for OpenGL 3.0, TRIM command, improved RAM management, and new enhancements to Samsung’s proprietary apps.

A speed boost and some efficient tweaks will also be revealed by the JSS15J.1337UCUEMJ9 update.

Unfortunately, users are already having big problems with this version of Android. For example the mobile data icon disappears from the notification panel – it can still be seen under settings-connection tab-more networks-mobile networks-mobile data check box. On the other hand, the music player is constantly opening itself and isn’t in the task manager to force close it… 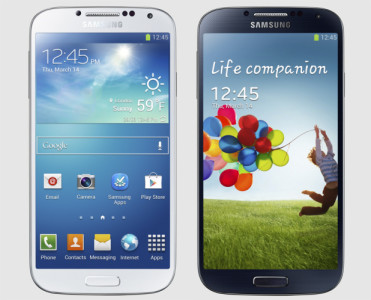 Android 4.3 is part of a AT&T Galaxy S4 Premium Suite software update. Updates for the Galaxy S3 and Galaxy Note 2 will be available next period, but it’s not quite sure – Sprint’s Galaxy S3 update wasn’t released as scheduled.

The new Android OS is the second major update from the prolific year 2013. Google recently announced Android 4.4 KitKat which came with the Nexus 5 smartphone. In conclusion, the update is due to resolve compatible issues with the Galaxy Gear and to prepare the devices to receive Android 4.4 – so KitKat will have to bring all users on the same “boat”…