Are you the owner of a Nexus 10 or a 2012 / 2013 Nexus 7 tablet? Then, you are probably aware of the fact that the Android team has finally gave us the great news regarding the Android 4.4 KitKat updates when it comes to both Nexus 10 and the WiFi Nexus 7 (including the 2012 and the 2013 models that we have told you about). In this situation, we must present you two options: you can simply wait until the over-the-air (OTA) Android 4.4 KitKat update makes it to your tablet or you can try to manually update your Nexus device.

You probably already know that this sort of procedures are recommended only to intermediate or advanced Android users. So, if you are just a beginner, we strongly recommend to have some patience and take in consideration what may happen to your device. If not, here we are to help you by telling you what you’ll need in order to install these updates: 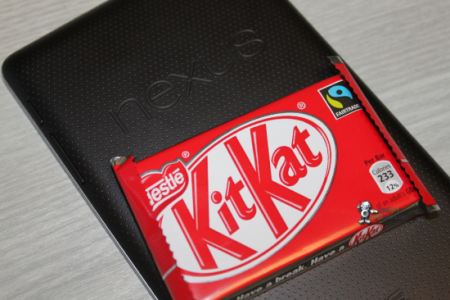 After you are sure that you have no problem at these chapters, here we have a step-by-step guide which will help you install this update:

So, your device will finally install the update itself, letting you enjoy the benefits of Android 4.4 KitKat.

But we cannot leave aside the problems that you could be facing: