Samsung Gear 2 and Gear 2 Neo were officially announced at the Mobile World Congress. We must tell you from the start that the pricing information haven’t been revealed up to now, but there is something else than we know for sure at this point: both these smartwatches will become available from the second quarter of this year. Until then, we can only see what new specs and features are included, and the biggest surprise is that these devices are no longer running on Android, but actually on Samsung’s Tizen OS. 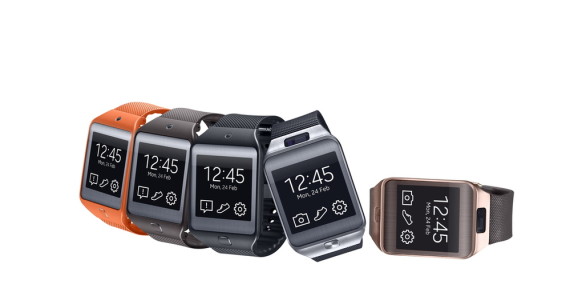 Although the company hasn’t offered us any details on how the original Galaxy Gear apps are supposed to run on Tizen (or at least if this will even happen), but we know for sure that Gear 2 and Gear 2 Neo will work with any handset that features at least Android 4.0.

Besides the new Tizen OS, both these Samsung Gear 2 and the Gear 2 Neo devices are staying much better at the stand-alone functionality chapter than the original model, so we must tell you from the start that these smartwatches can function as a music player all on their own along with Bluetooth headphones. 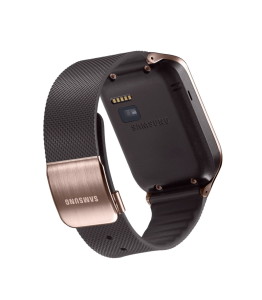 Moreover, we are also talking about a new IP67 certification which means that Samsung Gear 2 and the Gear 2 Neo are dust and water resistant, but you’ll probably be surprised to find out that the battery has been downgraded to 300 mAh. Anyway, Samsung promises the opposite, assuring us that the battery life will be actually better. 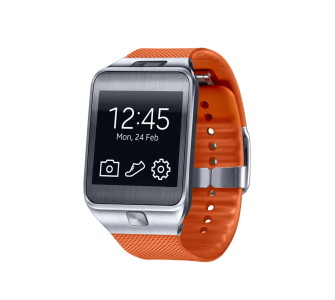 The new smartwatches look more stylish than the original Gear and they will be available in a variety of color options such as Charcoal Black and Wild Orange, as well as Mocha Grey (only for the Neo version), or Gold Brown (only for the Gear 2). And even Gear 2 Neo has something different than the Gear 2 model: it lacks the 2 MP camera, so it is 13 gms lighter, but probably you won’t even feel that.

And what it hasn’t…

Do you know that both these smartwatches come with an unchanged 1.63-inch screen with a maximum resolution of 320 x 320 pixels? Although the 1 GHz processor is faster, those 4 GB of RAM and 512 MB of internal storage are also similar.