The Mobile World Congress taken place as we speak in Barcelona is hosting all kind of devices, both expensive or less affordable for all people, and Sony did bring its smartphone lineup, releasing devices like the more appealed Xperia Z2 or the more common waterproof Xperia M2. If you are the type shooting under water, than the M2 is the perfect choice for your hobby. Even if the specs aren`t top of the line, you still get to enjoy this smartphone at the price of £250 pounds.

If you take a closer look at the M2`s design, we might notice a resemblance with the M2 and the other flagships Xperia Z and Z1, with the smartphone`s power button sticking on the side. Generally speaking, the M2 doesn’t brag with extravagant stylish or premium feel at a first touch. 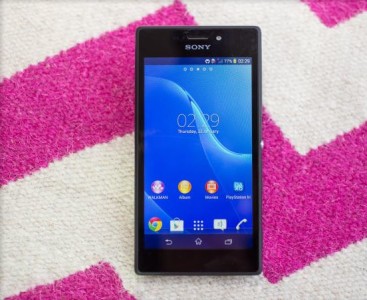 But the M2, does attract the curious eyes. Like all the other Sony devices, the Xperia M2 is also completely waterproof as you can shoot wonderful pictures even if it is raining outside or you are underwater trying to catch some marine life.

The fair price seems to be justified by the 4.8-inch screen with a low 960×540 pixel display that the M2 is having. But once in someone`s hands, this poor feature might fade away when playing and navigating its Android interface.

Another poor mark from our behalf is the device`s processor. The waterproof Sony Xperia M2 sports 1.2GHz quad-core unit running on Android 4.3 Jelly Bean. But at a better look, we might state that the power is quite enough for taking shots, browsing social media or playing games.

On the other hand, at the back of the M2 lies an 8 MP camera, capable of decent photos in panorama and burst mode. Of course this is a significant step back from the flagship`s 20.7 megapixel, but as already said, this is more than enough for the price involved. 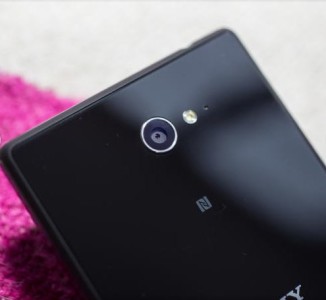 See you inside the Mobile World Congress with more news on upcoming devices to make their public debut. Feel free to share your opinions with us! Cheers!