It is thought that Sony will release the “ Honami” on 4th September at IFA 2013 in Berlin. There are some photos running around, showing us the Honami design. This has a camera key on one side, a power button and a microSD card slot and on the other side has a microSIM card slot. It is also thought that Sony Honami will have some contact charging solution but nothing so clear for the present. Also we can expect Honami to have 20 mp camera and a combination of metal and glass slick body. So , we must expect Sony to inform us officially about all the important details, but we must expect a great release.
Our source draws our attention to the Honami’s specs, and updates us with the latest rumors about its specifications. Taking into account that this is expected to be go on high performance specs are as measured.  And here this are, Sony Honami comes with a 2.2GHz Qualcomm Snapdragon 800, 2GB of RAM, 16GB on-board storage with microSD card expansion, a 5-inch 1080p display with Sony’s Triluminos technology and a 3000mAh battery. Very improtant about it is a Sony G-Lens for the 20.7MP rear camera, and a BIONZ image processing engine which is expected to come along with Sony Honami. 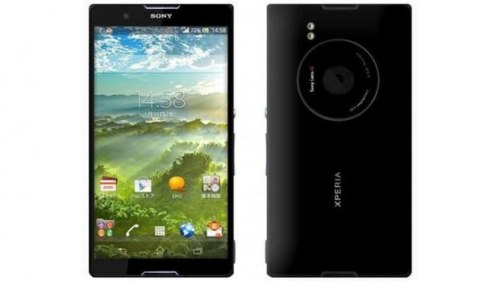 This looks extremely precious if I can give my opinion. I’m totally bewitched about all that features and I should say that it has the potential to impress many users and be the gratest release of the year. Sony has an important role in this because we all expect a confirmation of all this details about Honami and maybe wait the official release for having the opportunity to hold that star in our hands. Honami is expected to be launched 4th September at IFA 2013 in Berlin. Stay tuned and be patient, Honami comes!