Vodafone UK is offering us one of the best pre-order deals that we have ever seen: a free 32-inch TV with first 3,000 eligible Sony Xperia Z2 pre-orders. It is true that we are talking about a limited number of pre-orders, as well as about a limited amount of time, the offer being available from now and 9 April, but still, it is much more than we have anticipated. Are you curious to find out of what free 32-inch TV are we talking about as coming along with Sony Xperia Z2?

Sony Xperia Z2 pre-orders get you a Sony BRAVIA 32-inch TV having the model number KDL-32R433B and being free of charge. This model usually costs around £300, so it might not be the best out there, but it is more than decent, as you can see by yourself. 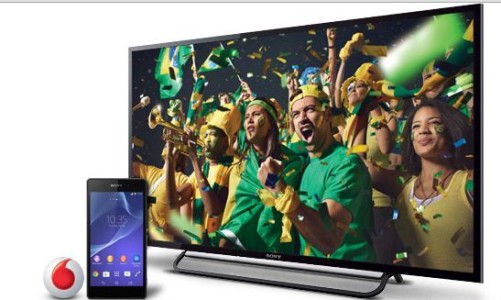 This Sony BRAVIA 32 inch LED television has an ultra-slim design and comes with a variety of ECO features such as light sensors, power saving mode, or dynamic backlight control. It is true that is no good for those 4K videos shot with the Sony Xperia Z2 as long as it only has a maximum 1,366 x 768 resolution, but we really like that it comes with a X-Reality picture engine and various picture modes to choose from like Standard, Vivid, Cinema, Custom, Graphics, Animation, or Sports.

What you must also know and do?

Coming back to Sony Xperia Z2, you should also know that Pay Monthly plans start at £42 per month if you want the phone for free, while the official launch is set on 10 April 2014. And if you really want the free television, don’t forget that you need to pay your first month’s bill and register for the offer between 8 May and 8 July 2014 directly from here. And the promotion is only open to those in the UK.