Samsung Galaxy S5 To Be Pre-ordered In UK Soon

The South Korean tech giant Samsung has announced its Galaxy S5 device last month at Mobile World Congress in Barcelona. Are you interested on pre-ordering it? Then, you probably know that Samsung Galaxy S5 pre-orders are available across Europe for more than two weeks and the good news is that the handset will become available for pre-order in the UK soon. To be more precise, we are only talking about a few weeks as long as several retailershave announced they will be taking the first pre-orders for the Galaxy S5 starting with 28 March.

Are you curious to find out of what careers are we talking about? Well, Unlocked Mobiles has already listed a price of £550 for this Samsung Galaxy S5 device, but we cannot guarantee that it is the final one. In addition to this offer, we can also mention that Carphone Warehouse, EE, Three and Vodafone will all offer this Galaxy S5 handset, both SIM-free and on-contract, but the prices are yet to be revealed. 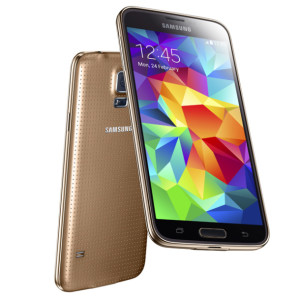 Samsung Galaxy S5 to be Pre-ordered in the UK Soon

“We wanted to give our customers in the UK the chance to get their hands on the next generation of our Galaxy S smartphone as soon as possible by giving them the option to pre-order,” has recently declared Simon Stanford, Vice President of IT & Mobile division, Samsung Electronics UK & Ireland. So, what do you say? Is 28 March soon enough for you? Are you still undecided about this Galaxy S5 handset?

Something for those of you who are Undecided

We can only remind you that Samsung’s Galaxy S5 houses an impressive 16-megapixel camera, as well as an upgraded processor and a 5.1inch Super AMOLED display that has a resolution of 1920×1080 pixels. Thanks to its special Ultra Power Saving Mode that turns the display to black and white for minimizing the battery consumption, its battery is able to provide no less than 21 hours of talk time per charge and up to 390 hours of standby.

We also like that the handset works with Samsung’s range of upcoming wearable devices, including the impressive Gear Fit and that it has a fingerprint sensor designed to make unlocking the phone and making mobile payments much easier than ever.

Samsung Galaxy S5 also comes with a range of new features focused on fitness and health and here we can only mention a heart rate monitor located on the back (next to the camera), not to mention that it is both water and dust resistant. And don’t forget that the competition Samsung Galaxy S5 versus iPhone 5S is one of the toughest ones, but it has just one winner. Here you can find which of these two devices is!