The UK customers who are looking forward in getting a new budget friendly Jelly Bean based smartphone should consider the Sony Xperia SP as Three had just released the handset. So, if you were planning in buying a new device, but you aren’t ready to spend all of your money on a high end device, like the Galaxy S4, HTC One or Xperia Z, then the Three UK offer might be on your taste. The Xperia SP is coming with an interesting design that will impress the audience, so nobody will know that in fact you are operating on a mid-range gadget.

If we are to take a closer look on the Sony Xperia SP, then we must mention its specs and features list which is unveiling a mid-range device, with decent performances. The phone is coming with a dual core processor clocked at 1.7 GHz, 1 GB of RAM, a 4.6 inch display, an 8 MP camera on the back along with a VGA front facing one, 3G and LTE support, 8 GB of internal storage memory, microSD card slot and a 2370 mAh battery. 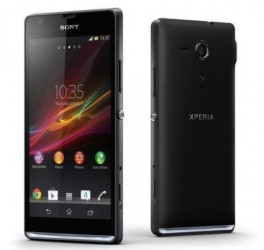 As you can see, the device is not impressive in performances, but it should do the job especially if you are an entry level customer. The best is that Xperia SP is featuring the latest version of Android OS, the Jelly Bean 4.1 firmware. Of course an Android 4.2 OTA update is being promised though the release date hasn’t been mentioned so far.

Now, as already stated, Three UK released the Xperia SP, so those interested in buying the device should hit the stores for further details. The smartphone has a price tag of £349.99 (this is the Pay As You Go offer). Furthermore, you can choose to sign a new two year commitment with Three UK as then the SP will cost you £26 per month (on this offer you will also get unlimited data, 500 minutes and 5,000 texts).

So, what do you say, do you even consider the Xperia SP or you rather choose a more powerful, though expensive, smartphone? Don’t hesitate and share your thoughts with us.