Samsung Galaxy Mega 6.3 is the budget friendly version of the Galaxy Note 2. The phablet is coming with decent specs and features, though it’s really hard to compare its performances with the Note ones. But that’s not that relevant right now, as according to SamMobile, Samsung just made available the Galaxy Mega 6.3 firmwares. So, what does this means? Well, basically not much, but from now on the third party devs will be able to develop custom ROMs based on the stock software. So, soon enough, unofficial updates will be released for several Android based handsets, so we can only thank Samsung for the Mega 6.3 stock Jelly Bean firmware.

As a reminder, the Galaxy Mega 6.3 is a new phablet offered by Samsung, though its dimensions will make the device hard to handle with one hand only. Also, even though it’s good to see how lately most companies are trying to merge the phone and tablet areas in order to provide a “mixed” gadget, maybe it will be better to keep in mind that it is hard and maybe even impossible to use a 6.3 inch handset like a regular phone. 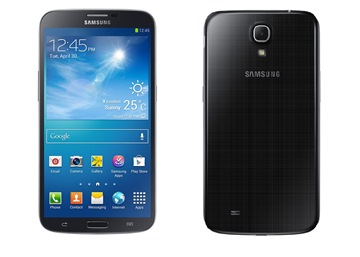 The Samsung Galaxy Mega 6.3 is coming with a dual core processor, a full HD display, an 8 MP rear facing camera, no LTE support and with Android 4.2.2 Jelly Bean on board. The smartphone will be released sometime during next month for a price tagged at 599 euros; so, a cheaper version of the Galaxy Note 2 indeed.

Related to our subject, Samsung launched the stock Jelly Bean 4.2.2 firmwares for the Galaxy Mega 6.3 therefore you can anytime download the software file from Samsung’s official support page. Anyhow, that was all for now; stay close as we will update you with fresh news as soon as something new comes out.