Taiwanese Android lovers have a new reason to be happy about: the HTC One X+ is now getting Android 4.2.2 update and Sense 5 in the region. Regarding the operating system update, this will come with some new features like new lock screen widgets, BlinkFeed, an updated music app, an enhanced camera app, and Quick Settings Toggle. Also, the battery life is expected to be improved and also, the exact battery percentage left will be shown in the status bar. There is no word on when or if the update will hit the rest of the world, although it is speculated that it might happen in the next 30 days.
According to our source, the HTC One X+ features some of the specs we’ve already seen in the HTC One. The One X+ was released last year, carrying Android 4.1 Jelly Bean. If you want the update for your device, you will have to make room for 484MB. That shouldn’t be hard, as the device comes with 64 GB of internal memory and 1 GB, it only depends on how many apps you’ve installed on your One X+ so far. Also, its 1.7 GHz Quad Core NVIDIA Tegra 3 processor and 8 megapixels camera make it an awesome smartphone to have. 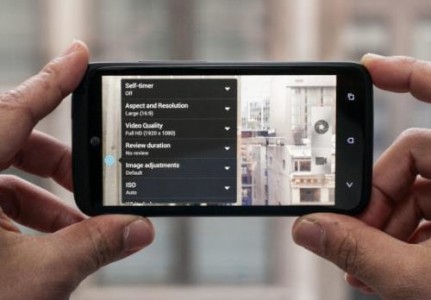 Other specs include a Super LCD 2 4.7 inches display with a resolution of 1280 x 720 pixels and scratch resistant Gorilla Glass 2, NFC, Bluetooth and LTE connectivity, Beats Audio technology, ImageSense technology, DLNA Certified, TV-out via MHL, Sharing media via DLNA and a 2100 mAh battery, which is one of the bad aspects of the One X+. Its life is short and it can’t be removed, so you’re stuck with it and always have to carry your charger with you. I can tell you I have the exact same problem with my Samsung Galaxy Mini 2. The phone also lacks a SD camera slot, but the bottom line is that the HTC One X+ is a pretty good smartphone, also considering the price tag.