Do you want to get a brand new Google Nexus 5? Well if so, then you should know that all the major US carriers are preparing the official release of the same. Of course, the Nexus 5 is already available in Google Play store and you can buy one from there and place your SIM card without waiting for T-Mobile, Verizon, AT&T or Sprint offers, though maybe the mentioned retails will provide a more affordable price tag for the already budget friendly LG Google Nexus 5.

While keeping that in mind, you should know that a new document has been leaked, which is offering fresh info about the T-Mobile Nexus 5 future release date. While Sprint had announced that the new Nexus device will be launched tomorrow, T-Mobile is struggling to stay close as apparently, the carrier will roll out the device just ahead of T-Mo’s Black Friday promotions.

In order to be more precise in my info, the leaked doc suggested that T-Mobile will release the Nexus 5 on November 20. Unfortunately there haven’t been mentioned any info related to the price tag, but T-Mobile used us with some interesting and “hard to say no” offers. 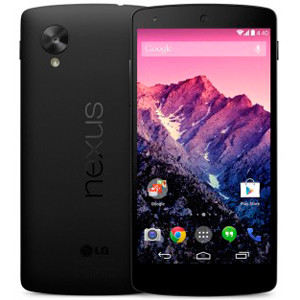 As you know, the Nexus 5 specs and features are bringing a device with a 4.9 inch True HD IPS Plus display, 2 GB of RAM, 16 / 32 GB of internal storage, 8 MP camera on the back along with a 1.3 front facing shooter, a quad core processor clocked at 2.3 GHz and of course pure Android 4.4 KitKat OS. This is indeed an appealing smartphone with both great performances and looks and as Google used us, the price is more than friendly.

So, if you are considering in buying the LG Google Nexus 5 but you want to wait for the T-Mobile offer, then you will be able to grab the device right from stores starting from November 20. So, what do you say, will you wait for T-Mobile’s offer you will you get the Nexus 5 from Google Play?