Leaked Image to State a $299.99 Price for Verizon HTC One Max

There has been a leaked image revealing the price for Verizon HTC One Max, even if there is no official statement from Verizon, concerning the date of the release or the prices for this phablet. For HTC enthusiasts that have been long waiting for its coming, there might be some good news arriving. It seems that the carrier has let some rumors regarding prices slip away.

The smartphone, which could be sold in the Sprint Stores for the time being, might come with a $299,99 price, and that with a two year contract alone; otherwise you would pay around $25.00 every month if purchased under the strict plan of the Verizon EDGE. 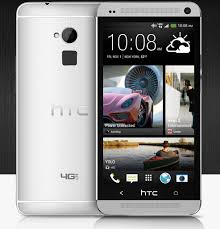 With a big event held by Horizon at the Mall of America, one of the big touch screens apparently flashed an image of Verizon HTC One Max with some pricing details. To confirm the leaks, some guys from the HTC Source seemed to have snapped a photo that became a news worldwide.

The image also reveals the Verizon`s brand, which seems to completely confirm the rumors of the coming release of  HTC One Max. As the source mentions, the image might display a huge 5,7 inch phone with interesting gadgets and new fresh features. As well as for the prices, if we were to compare it with that of the Galaxy Note 3 that comes with the same $299.99 amount of money to spend for a two-year contract, we might conclude that the device is expected to be powerful and competitive enough for the all mighty Note 3.

If you trust the image, than the leaks are true. Verizon is grandly preparing the launch of its HTC One Max. It can be tomorrow or the day after tomorrow, but no later. We will give you fresh news as soon as our sources will manage to pull out any other leaks from Verizon Corporation.

Until then, do not forget to look for other Verizon wonderful devices to make an idea of the products that the company is launching on the market with the speed of light.