Without any other announcement, Verizon, one of the top carriers in U.S, has decided that now it is time to sell the HTC One Max. The well-awaited handset will be priced at $299 on contract or on $25.22 a month with the Verizon Edge plan. Per total, if customers will choose the carrier’s plan, they will end up paying $599. As some of you already know, the HTC One Max is the large version of the HTC one, and it is called the HTC One Max 5.9-inch phablet.

The alleged handset $299 device will offer users an impressible yet amazing 5.9-inch display with 1080 pixel resolution. As expected, the smartphone / tablet will feature Android 4.3 Jelly Beam, and it will present a Sense UI 5.5. It is worth mentioning that its 5.9-inch size can seem to be a little bit larger due to some front-facing speakers. The smartphone sports a Qualcomm Snapdragon 600 quad-core processor with 2GB of RAM, 16 GB of internal storage and the ability to add a microSD card. 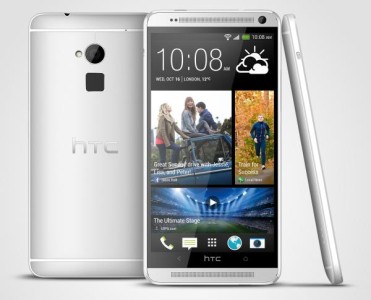 What makes a difference is the fact that this amazing handset possesses a fingerprint sensor on the back for unlocking. Since the fingerprint access is not longer something out of the ordinary, I am sure many smartphone fans will want to get their hands on the latest HTC model having the fingerprint feature.

HTC has recently released One Max on Sprint, and fans hardly expected to see one of the most awaited devices available at Verizon. Since most people choose a carrier plan in order to buy a smartphone, the two-year $29.22 per month contract will be more than attractive, especially when you will end up owning a powerful smartphone.

Related to the One Max device, Verizon has officially announced its customers employing a new store idea at Mall of America. Through the unveiling, users had the opportunity to play with a huge interactive touchscreen display. In the past, Verizon has said that HTC One Max will be available sometime “this holiday season”. Despite the fact that only a month has past from the announcement, Verizon has decided to unveil HTC’s product sooner.