Oppo Find 7 To be Released on March 19 in Beijing

We are back with new details regarding the Oppo Find 7 device. We finally know that it’s going to be released on March 19 in Beijing, just as it has been discovered from a series of teaser images posted on the official Oppo Weibo account. All these images have clues regarding the time and place of this upcoming event and an Oppo insider has successfully managed to crack the code, offering us all these details and even the fact that the event is already scheduled to take place at 7PM (UTC +8). Although no other technical details have been revealed, we know plenty of them from previous leaks and rumors. Oppo Find 7 is supposed to come equipped with a 5.5-inch display with an impressive 2K (2560 x 1440 to be more precise), so we are talking about a whopping 538 ppi density.

If we take in consideration the leaked benchmarks, we also know that the device packs a 2.3GHz quad-core Snapdragon 800 chipset with an Adreno 330 GPU graphics but we have certain doubts regarding the authenticity of the benchmark as long as Oppo Find 7 has been there listed as packing a full HD display. 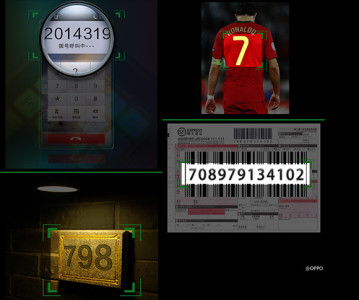 Oppo Find 7 To be Released on March 19 in Beijing

So, could we be expecting to see it coming with the more recent Snapdragon 805 chipset instead? This would certainly become the news of the day as long as Oppo Find 7 would be the first one to do so, but nothing is known for sure at this point.

As you probably remember, the Oppo N1 device has some special features. We have all liked seeing its swiveling camera and the rear-mounted touchpad, but once again, we cannot tell you if there’s any chance to find them on the upcoming Oppo Find 7 as well. We know instead about a so called ‘Touch On Lens’ feature that’s going to be introduced with the launch of this handset, but we still have no clue regarding what exactly it can do. We’ll be back with more details after its official unveiling in Beijing.