If you are not familiar with the CyanogenMod term, than you probably have never been in the situation of modifying your stock Android smartphone / tablet computer before. That’s exactly what CyanogenMod is about, being an open source replacement distribution for both smartphones and tablet computers which are running on Android mobile OS. Don’t worry; this doesn’t have to mean that you need to pay any money, that’s not the case. We are talking about an open source software which is actually based on the official releases of Android by Google, so it is distributed for free.

But what exactly CyanogenMod can offer us? And more important, why should we prefer it instead of any other official firmware currently offered by the mobile device vendors? Is it compatible to your device? And is it over-packed with bloatware or not? In order to completely understand what CyanogenMod really means we must clarify all these questions, so we invite you to read more. 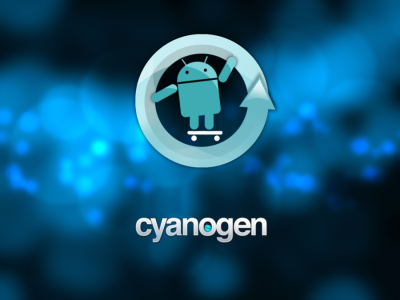 CyanogenMod is dedicated to multiple users and not just to the common ones, being an open source software which offers full access to a variety of special features added into the system. Even more, CyanogenMod is built on top of Android’s latest version which means that you’ll get the latest software experience even if your smartphone’s manufacturer hasn’t released that specific update that you might want. It is, after all, about offering you a completely redefined Android experience and who doesn’t want such a thing? You’ll have a better and faster device, as well as several special features.

Among them we can remember, for example, about Apollo  (as being the CyanogenMod ‘s music player ). We consider it more than interesting as long as it lets us set any song as a ringtone, even when files aren’t in the Android’s ringtone folder and we can also skip tracks even when the phone is locked by simply powering the screen on and tapping the on-screen skip track icon. The performance tweaks is another aspect that you should take in consideration as long as CyanogenMod lets your device to function without any 3rd-party applications, being able of over-clocking and under-clocking when you decide.

And don’t you imagine that that’s all. The list can continue with the app permissions management, a major battery life improvement, continuous autofocus while shooting videos, toggles in the notification pull-down, a native theming support, a unique incognito mode which can be used when you want your browsing history to remain unrecorded, a large Access Point Name list, an OpenVPN client, support for Wi-Fi and Bluetooth, several “tablet tweaks” and even more.

When it comes to its look, things are quite simple: CyanogenMod uses the Android holo-theme, so it has a familiar look that you are probably already used too. Many of its 3rd party applications look exactly as the first-party applications, but if you have the idea of customization in mind, then you should know that there are various themes available on the Android market to choose from.

If you are wondering if CyanogenMod could work for your device, we have to tell you that it officially supports more than 70 devices from popular manufacturers such as Acer, Advent, Asus, Barnes & Noble, Google, HTC, Huawei, LG, Motorola, OPPO, Samsung, Sony, Sony Ericsson, ViewSonic, ZTE and not only. And we can assure you that here is no reason to be worried about spyware or bloatware. We can assure you that CyanogenMod doesn’t contain any of these, according to our source, being creating for a totally different reason:  to offer a much better performance level compared to the firmware releases. You are probably aware of the fact that several carriers don’t agree with this fact, so they have finally imposed several restrictions upon the smartphones they are selling, but this doesn’t have to mean that you cannot gain total access to your Android handset. For that, there is a process called rooting and your problems will be solved as long as you will be able to replace the smartphone’s stock firmware with a new one.

And don’t forget that on 6 November 2013 the CyanogenMod team has already started pushing the code of CyanogenMod 11 which is based on the latest Android 4.4 KitKat OS.