Android lovers and Nexus users have now a reason to be happy. Android 4.4.1 is made available today for a limited number of devices, in which Nexus 5 is also included. However, as it was the case for most Nexus device updates, it will come in stages. The Android 4.4.1 update is now available over-the-air for a couple of devices, such as the 2013 Nexus 7 LTE and Nexus 7 Wi-Fi.

The update is only 52.8 MB and it does bring a couple of improvements and changes as expected. For instance, Android 4.4.1 offers a camera feature improvements for the Nexus 5 as well as other interesting changes. For those of you who do not want to wait still until the update is made available for their devices, you have the possibility to do it yourself. However, keep in mind that this update is only for the Nexus 7 Wi-Fi versions. 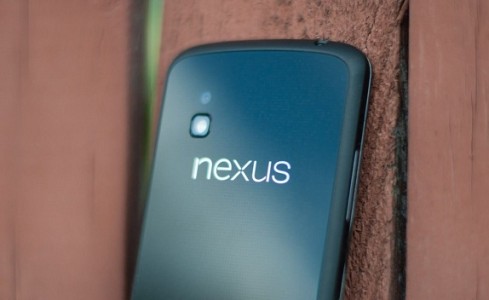 In the same time, in order to complete the following steps, you need to have the Android SDK installed on your device. This tool contains the latest versions of adb and fastboot, which you will need for flashing. For those who already flushed a custom recovery, all you have to do is to download the update zip file and flash your device one again.

Once again, your device should run Android 4.4 KRT16S in order to make this over-the-air update work. In the same time, you also need to download the flashable ZIP file for the Nexus 7 and move it in the fastboot folder. In addition, you will need to have USB debugging enabled on your Nexus 7. After you make sure you have all the required details, you are free to proceed with the process of updating your Nexus 7 Wi-Fi device to Android 4.4.1.

Step 1: Power off your device and power back on by pressing the Volume up and Volume down buttons at the same time in order to boot.

Step 2: At this point, the fastboot menu should appear and you will be able to see the “Start” button in the top right. Press the Volume Up button once again until the menu changes to “Recovery”. Press the Power button in order to select this preference.

Step 3: After this, you will be able to see an Android with a red exclamation point icon. Just press the Volume Up button and the Power button at the same time.

Step 4: Another menu will be revealed. Go to the “apply update from adb” option.

Step 5: Now it is the time to connect your Nexus 7 device to your computer using an USB cable.

Step 6: Open command prompt in Windows and search for the directory where you have placed the update ZIP file.

Step 8: The update process will soon begin. Wait a couple of minutes until the process is completed.

Step 9: Reboot your device in order for changes to take place.

Now you may enjoy a brand new updated Nexus 7. You are free to explore the benefits of Android 4.4.1 on your Nexus 7 Wi-Fi model. If you happen to encounter any other problems during the process, just head back to the first step and start all over.