We have great news for all LG G Pad 8.3 fans living in the United States. The Google Play edition of the LG G Pad G Pad 8.3 is finally available for a price of no more than $349, the same one as the original version. Are you one hundred percent sure that this device is what you are really looking for? Then hurry up and don’t miss the limited Google Play offer which comes with free ground shipping included. The device will reach to you in no more than one or two days, as Play Store has officially announced and that’s exactly what you are going to get:

We are referring to a similar hardware just as the original G Pad, but we must add that being a Google-branded tablet also means receiving the regular updates to the latest version of Android. Like that, it is ideal for those needing a simpler software, while the rest remains the same that we already know. 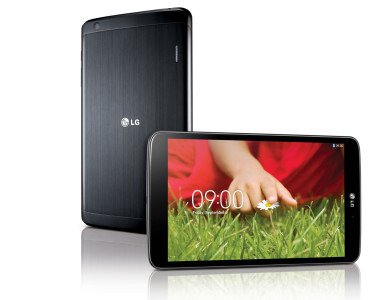 Pad G Pad 8.3 packs a Qualcomm Snapdragon 600 system-on-chip, along with both 5-megapixel rear camera and 1.2-megapixel front camera models. They are decent, but certainly not impressive, so we cannot be talking about using this device for high quality photos under any circumstances. Besides these specs, you’ll also receive an efficient 4,600 mAh battery, as well as a 1,920×1,200 resolution screen. And we are impressed by its 8.3mm thickness, so it is a stylish device which won’t feel at all uncomfortable in your pocket.

But it is currently available in the United States only, just as we have told you from the start and we have no word regarding an international availability at this point, as our source confirms. But stay tuned for more details! We’ll immediately announce you in case of any new changes.