The news that Blackberry Messenger will go to Android seems to be great and highly appreciated info by those who have an Android based device. The big change will happen on June 27, as the news was confirmed by an insider, through Twitter, so still nothing official from Google; apparently until everything will be confirmed by reliable sources, we just have to hope all this is true and not just rumors. If someone asks me what do I think about this change I would say it is a big one, expected for a long time now, not to mention that those who had used a Blackberry device had stated that the Messenger feature was its strength. Furthermore, now it seems that the app will be free to download for everyone.

Beside the news about the “big day”, we also know the current BBM users experience will be improved with Blackberry Groups, multi-person chat and voice note sharing, things expected to come in time, not as first apparition. 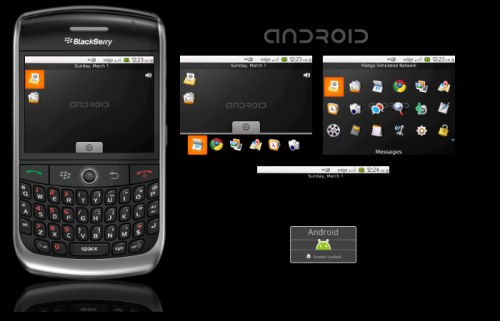 The free app will be available after it will be approved for Apple’s iOS 6 and for devices running Android 4.0 or higher.
All that Blackberry wants with this initiative is to offer another / bring another way that can generate revenues from its software expertise, because we all know that so far the BB Messenger feature could only be used by those who had communicated between same devices, branded by RIM of course.

Well that is all we could find out; remember that there is still nothing official yet as an press release is highly expected by all of us. So, stay close for further info and also feel free and share your impressions about Blackberry Messenger on Android with us and with other users who might be interested in learning more about this subject.