Only a few weeks ago the international HTC One received an OTA update to the Android 4.3 version and many of you were excited to find out that it packed not only Sense 5.5, but also an interesting option which gave you the possibility to disable HTC’s trademark BlinkFeed home screen panel. Even more, this week we had seen a similar OTA prepared for the HTC One Mini in Europe and those of you who own a Verizon HTC One version will also be lucky. Don’t worry, you don’t have to wait too long as long as your smartphone will start receiving the Android 4.3 update no later than this week.

What new improvements should we be expecting at? There is no reason to tell you that you’ll receive the usual 4.3 Jelly Bean features, along with various bug fixes and even the Verizon Cloud application included in the package. 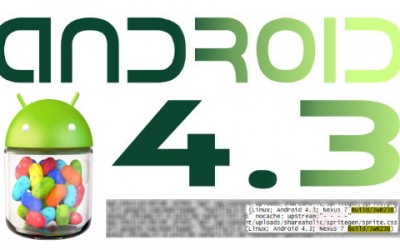 In case you don’t now, it is ideal for backing up your contacts, messages, calls logs and even photos. And if you lose your HTC One or something happens to it, it gives you the possibility to transfer all your content to a new handset without losing a thing.

When it comes to the previously updates, we have already told you that packed Sense 5.5, but this time, this Android 4.3 update for the Verizon variant of the HTC One  is an exception, at least for the moment. So, we won’t have now the ability to disable BlinkFeed, but it is officially announced that HTC is currently working on bringing Sense 5.5-laden KitKat to its popular smartphone around January.

After all it’s just a matter of time, just like now it might take a few days until the OTA update will reach to your HTC One. Or, as our source suggests, you can manually check for the Android 4.3 update through the Settings menu if you don’t want to wait any longer.