We have heard several rumors regarding the fact that Samsung is preparing various Lite versions of already existing products, especially tablets and now we can say that they were true. Samsung Galaxy Tab3 Lite is an ideal example of that, being a tablet prepared for a global release in both WiFi and WiFi + 3G versions. Although the price is still a mystery at this point, Samsung has previously mentioned that the WiFi-only model could be priced around no more than $130, so it sounds like a good deal even for those on a tight budget. Don’t worry, you are not the only one looking for an affordable tablet, but with some decent specs too, so here we have gathered some of its most important technical specs and features in order to help you take the wisest decision:

If you don’t have the idea of performance in mind, it means that you won’t be disappointed about the fact that this Samsung Galaxy Tab3 Lite comes only with a 7-inch 1024 x 600-pixel display. Samsung claims that it should be bright enough and we cannot even think about asking for more at such a price range. 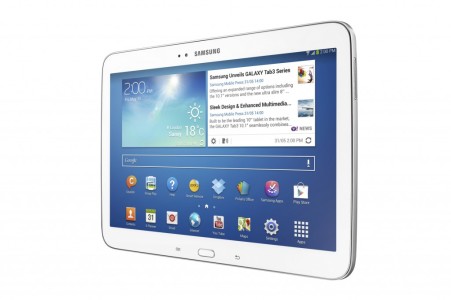 This new tablet also houses a 1.2GHz Cortex A9 processor paired with 1GB of storage, not to mention that it features Android 4.2 Jelly Bean version along with Samsung’s custom user interface, also known as TouchWiz, on top. So, besides the usual Jelly Bean advantages, Samsung Galaxy Tab3 Lite is also prepared to offer you access to several of other features such as  panorama shots or Samsung Link.

And, as our source also stated, don’t forget that the device will be available in both black and white color options, sometime in the first quarter of this year. The exact release date isn’t revealed, so we can be talking about a few days or even weeks. We’ll just keep an eye on things and return with more details on this topic.